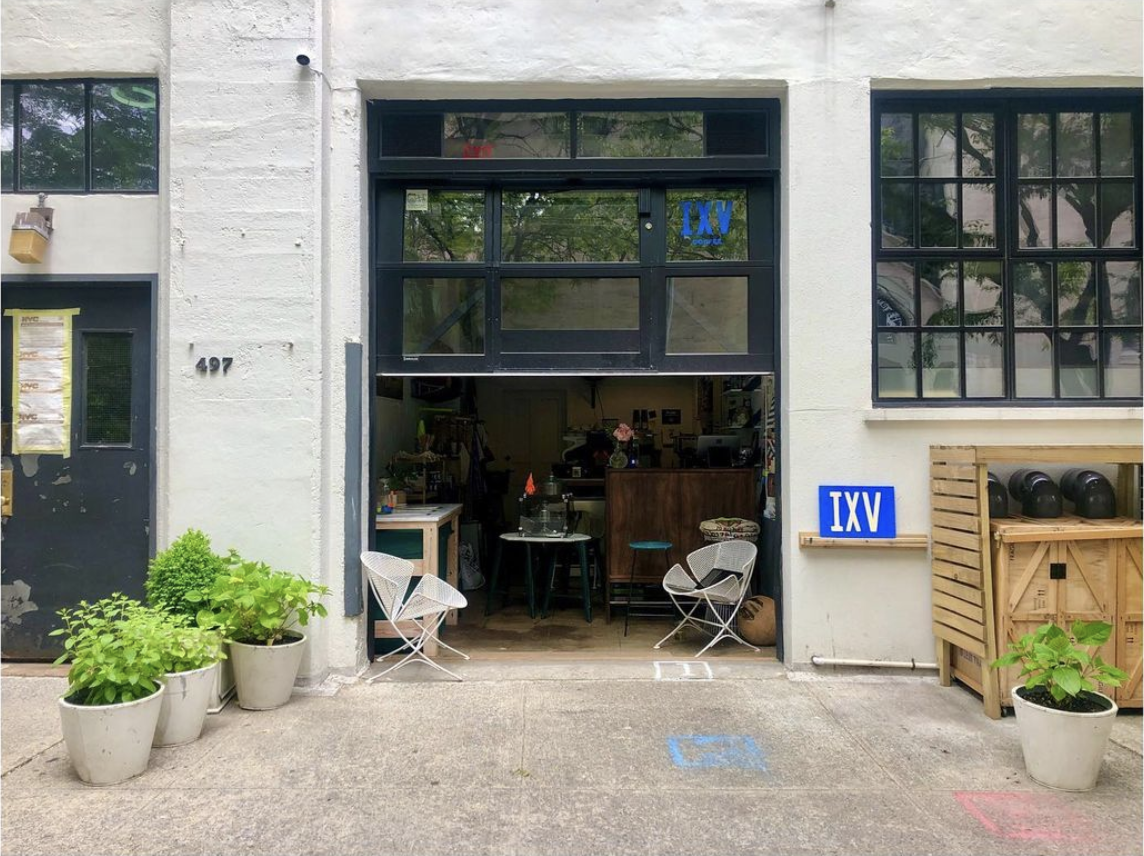 "To live in a world that prioritizes value, endurance and respect for our community. IXV Coffee is named after my grandfather, who personified an enduring and whimsical style.  He had little clothing but what he had were well-made and dapper. I still wear his Nantucket red pants and his tailor made dinner jacket, items that were crafted by hand and beautiful enough to withstand time and trend. He had two duck topiaries in front of the front door to his house, whose bills met at your waist, forcing you to the side entrance with gentle humor. IXV coffee is a nod to things that get better with age and to the time we take to create them and enjoy them. It’s no waste just because we all need to get there."

What’s the inspiration behind IXV and what does the name stand for?

The name was from my grandfather. He signed his cards IXV, put IXV on his license plate and it popped out throughout his life and that was him and he was an interesting man with a sense of humor. And for the coffee shop, I used to travel a lot for work and basically the high points of travel were finding coffee shops -- you know you're working the whole-time things are so late, you're running around you're exhausted and so every now and then you gotta sit down for coffee, and my particular neighborhood doesn't have a coffee shop. We are also located in between a populous residential neighborhood and a subway hub.

Describe the concept behind IXV?

So, the idea was that people could stop here pick up their reusable cup and then on their way back home from the subway, drop it off here and we would wash it for them, and it would be ready for them the next morning and to create this circular coffee system which is what I did for decades when I was working in Manhattan just myself, and it was so easy, and I was like “why doesn’t everyone do this?”.

Why don’t you think everyone does it?

I don’t know. I feel like once you try it you’re like, “Oh, why haven’t I been doing this?”. And also I think the systems that exist in our country are not conducive to saving waste and people as people just go with the system they have. I think if you offer them another system and give them positive reinforcement, and a reason, and sort of a friend within the new system, they'll do it. Everybody wants the world to be better, everybody wants the planet to survive at the end of the day, so this was just the little thing that I could do to try and make it happen.

For other businesses that might want to adopt a similar no-waste way of doing things like what are some of your tips?

It’s way easier than people might think, and I believe there are a lot of businesses that do practice it more than you would think. It's basically just looking for the things that come into the shop. Ask if they're compostable, ask if they have if they are feasibly recyclable locally, contact your local recycle -- ask them what they take, do they take these plastic bags that you get your tea in.. they probably don't so find another way to get it like ask your vendors like can I get this into reusable bag. So I pick up my pastries in these reusable stainless steel tins. Just sort of like, make it a priority and it's not that hard. So I get my milk in glass bottles that are picked up and they refill it the same with my almond milk, my oat milk I'm unable to make that happen, and I'm going to see what I can do to make that happen. So there are definitely points within the system where you can't make it either circular or compostable, and it's just don't give up and keep looking for ways to make less trash.

Given that you’re so community-oriented. How do you take your principles and then apply them to building your business?

The community thing just sort of happened. Going into a coffee shop you need a community. If there's no people there, you're not making coffee for anyone. And I think I was lucky that with the New York City open streets program, I was able to get a little bit more space on the outside during the pandemic. I'm very much an outside person. I was so happy to be outside instead of inside and I had planned the coffee shop with an open garage door because I wanted it to be open to the elements and it just happened to be very smart and workable. Not that I'm smart but it was just open the garage door and making it open and outside worked really well during a pandemic. During a pandemic people were looking for somewhere where they could see other people outside and have a conversation with a little bit of human contact and so I don't know that I did it as much as people were looking for. Everyone wants something different out of a coffee shop, and that’s part of the community too. Everybody wants something different from their community.

You were a VP of Design at J Crew for 17 years. How did your design background influence IXV?‍

I wanted everything to be reclaimed. All the materials that go into it. I selected the coffee with sustainability in mind. Counter Culture coffee has a really great transparency program they work with the farmers or large enough to work with farmers and not buy from auctions and they have they want to support the people that grow their coffee. They helped me find the espresso machine. It was an ugly espresso machine, but you don't have to remake things from square one. You can just make a few changes to change the entire aspect of it so I was able to remake the coffee machine. The wood was from big reuse like they would for the counters for the underneath of the counters was from big reuse and also from some building down the street that was changing their floors. I mean that we're in New York but there's so much stuff around so you can just gather the marble was from with good things it was bathroom stalls from Atlantic City demo hotel demo and it happened to be really nice marble happens to be less expensive so there were insert all the sinks were from big reuse another like Housing Works programs in upstate you can always find cool stuff and so the design background was just like the way in which the materials were used went through my own filter.

What have you learned moving from more of a creative role to more of a business career?

I'm still learning a lot of the business or I would say like the business isn't natural to me and so I have to work harder.

What's the story of the espresso subscription program?

I love the idea of a cashless transaction, or kind of a neighborhoody transaction. Just walk in and say "hey, give me my coffee", and I'm so comfortable just saying "sure, here you go". Without having a cash transaction, where it seems more natural. I think it'll be great to have it automated. Because I say "sure, have a coffee" and I sometimes forget to enter it into the Rolodex. And I have several of my locals stand there and wait for me to enter it because they know I probably don't.

‍How have people responded to the subscription program?

Everybody loves the Rolodex, the old school nature of it. Everyone's very relieved that you don't have to have it everyday because people want their coffees on different days. And I think they like the feeling of  connection to their barista or connection to where they get their coffee from. I'm excited to be adding a jar that we fill with beans so that your beans don't have packaging either because most of those coffee bags are just full on trash because they're lined in in metal or they're compostable in air quotes because they have to be heavy enough so that they don't quickly degrade, which renders essentially un-compostable in New York City. Because small compostables won't take them the city composting program has been paused, so the reusable ball jars just such an easy thing. And once people find it they just keep like slapping that ball jar up on the counter, and like filler-up. That was a surprise that I wasn't ready for and wasn't expecting.

What's the end goal of the program?

The goal is to have a swap program for the cups. To eliminate the single-use cups because that's really the heart of the problem with the to-go coffee industry. Everyone wants their coffee to go, and I agree, I want my coffee to go. I want to walk into my office with my coffee in my hand, but the single-use cup is not recyclable. It's not compostable because our composting facilities are not supported the way they should be. As a culture we're so use to throwing things away, and we're so used to creating so much trash, so the goal is to eventually get rid of the single-use cup. Hopefully we'll have a swap cup program where you can sign up to use a cup, and return it to different coffee shops that would be participating.

Not to get too political, but do any of the candidates in the upcoming NYC mayoral race best support your vision?

I think we need to get more political. Its been too easy to not be political. I think this year in so many ways has taught us the importance of being political. I have always thought that if you don't vote, you can't complain about what goes on. And since I do a lot of complaining, it's really important to vote. But I'm not sure that voting has been enough. And so, the mayoral campaign in New York, I'm undecided. I wish I could just put my finger on somebody that will fix what's wrong with New York, but I don't know that I know who that is yet. 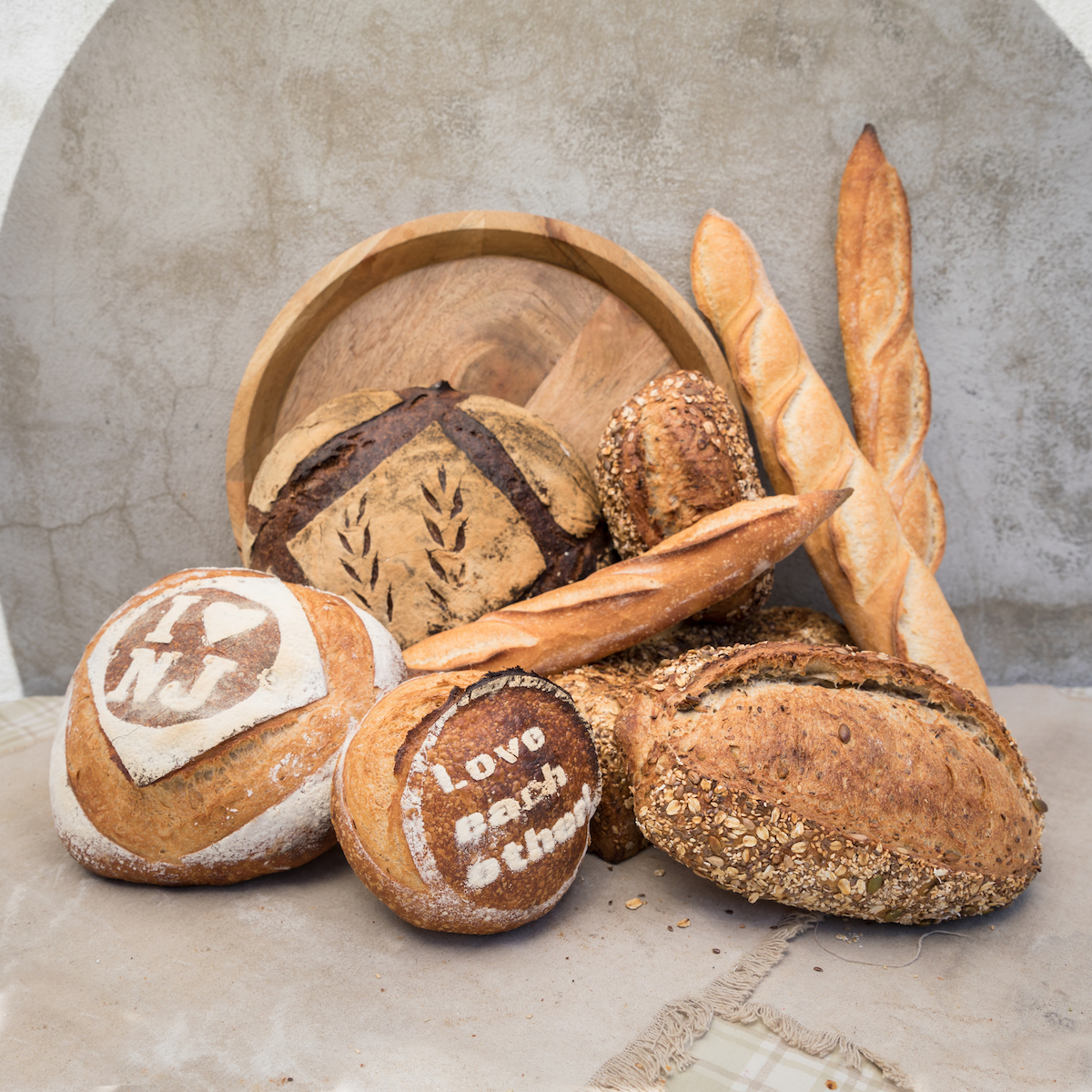