You’ve built an email list, your social media accounts are booming, and review sites glow with praise. Maybe, you think, it’s time to build an app.

Maybe it is, but there are a few things to know before you start.

Food and beverage businesses may already use third-party apps for delivery, reservations, and other operational services, but self-branded apps are different in that they create direct relationships with customers — no third-party intermediary. That means that businesses have a unique opportunity to own and nurture those relationships, and to encourage repeat behavior by making it easy and convenient to shop frequently.

“Anything that will enhance the direct relationship is positive,” explains Kristen Hawley, author of Expedite, a weekly newsletter exploring the future of restaurant technology. “I think that is probably the big value — it can make you stand apart.”

Still, many first-time app creators underestimate the friction involved in getting people to download, install, and use their apps.

For a customer, “it’s not as easy as going to a web page or doing a Google search,” says Tobin Schwaiger-Hastanan, a developer who launched the iOS app for Resy. “Often, developers take for granted the extra steps that someone might need to take when trying to reach a certain goal.”

We asked Hawley and Schwaiger-Hastanan all about apps for F&B businesses: how to build them, use them effectively, and keep customers and users happy.

Don’t expect an app to earn you a host of new customers from the start. Instead, think of it as a way to engage more deeply with the ones you already have.

“Building your own technology is not going to bring you more eyeballs, but it is going to increase engagement,” says Hawley. “It’s a value-add, but I don’t believe it’s going to establish new relationships.”

Think about the stages in which different customers interact with your business, advises Schwaiger-Hastanan. If a person has no idea your business exists, you need to build awareness. Once they know, you need to entice them to engage. After they’re activated (they come in to dine or buy a coffee, for example), that’s the time to focus on repetition and retention. The regulars who come by every morning for coffee, or who stake out the same spot every Friday happy hour — those are the ones who might, with a little nudging, be motivated to visit more often or increase their purchasing.

“There’s a lot of competition for apps out there, vying for customer attention,” explains Shwaiger-Hastanan. “It can be a whole job on its own just to get people to find your app. When something is happening regularly between a customer and a restaurant — that’s when an app is a good opportunity.”

Building and maintaining an app is expensive.

There’s a reason that the food and beverage businesses with successful apps tend to be giant companies with multiple locations, such as Starbucks. While prices depend on specifics of design and functionality, building an app takes time and money: around two months and $30,000 for a simple project, and as much as six months and $80,000 for a complex one, according to some estimates. For businesses already known to have long hours and thin margins, that’s a big ask.

iOS and Android apps have been around for more than a decade, Hawley notes, and some are better than others. “Having an app is not enough, and having a bad one is worse than not having one at all — then it becomes an inhospitable experience,” she says. For an app to work, “the execution has to be flawless. To be of the caliber that is expected by a customer requires a significant investment.”

Plus, once they’re out in the world, apps require maintenance. New versions of iOS and Android operating systems are released every year, and often apps have to be modified accordingly.

You need an experienced, educated team.

Technology has infiltrated many aspects of the F&B industry, and it’s not uncommon for businesses to adopt and abandon new systems from season to season. But if staff turns over, or teams don’t stick with it, that can upend what should have been a great experience for a customer who becomes an app user, causing frustration. Hawley says that apps need to be supported by stores and constantly reinforced.

Additionally, apps don’t have quite the plug-and-play capabilities of other systems — meaning an app project can place an additional burden on restaurant staff if it’s poorly managed.

“Ten years ago, restaurants might not have had their own website, but things like Wix and Squarespace made it easier for restaurants to manage their online identity,” says Schwaiger-Hastanan. “With apps, there are app builders out there, but the technical complexity makes it a lot of work for a restaurant. The team might not have the expertise to do so.”

Apps for individual businesses work best when there are tangible benefits for customers, allowing them to earn rewards, save time, or otherwise facilitate a more seamless experience. Think back to the Starbucks app, which Schwaiger-Hastanan uses frequently (and not because he loves a Frappuccino) — he can order ahead on the way to work, walk in, and pick up his coffee without waiting.

“That saves a lot of time and removes the friction of waiting in line and placing an order,” he says. “An app can help the customer by improving their flow.”

Successful apps for independent businesses may reward users for loyalty, with complimentary drinks or meals after a certain number of visits. Others offer digital offers or special menu items. Many facilitate in-app purchases or let users track the progress of their orders. The specifics depend on the business, of course, but also on what customers will value most. Ultimately, the best technology solutions are the ones that help businesses give their customers more of what they love. 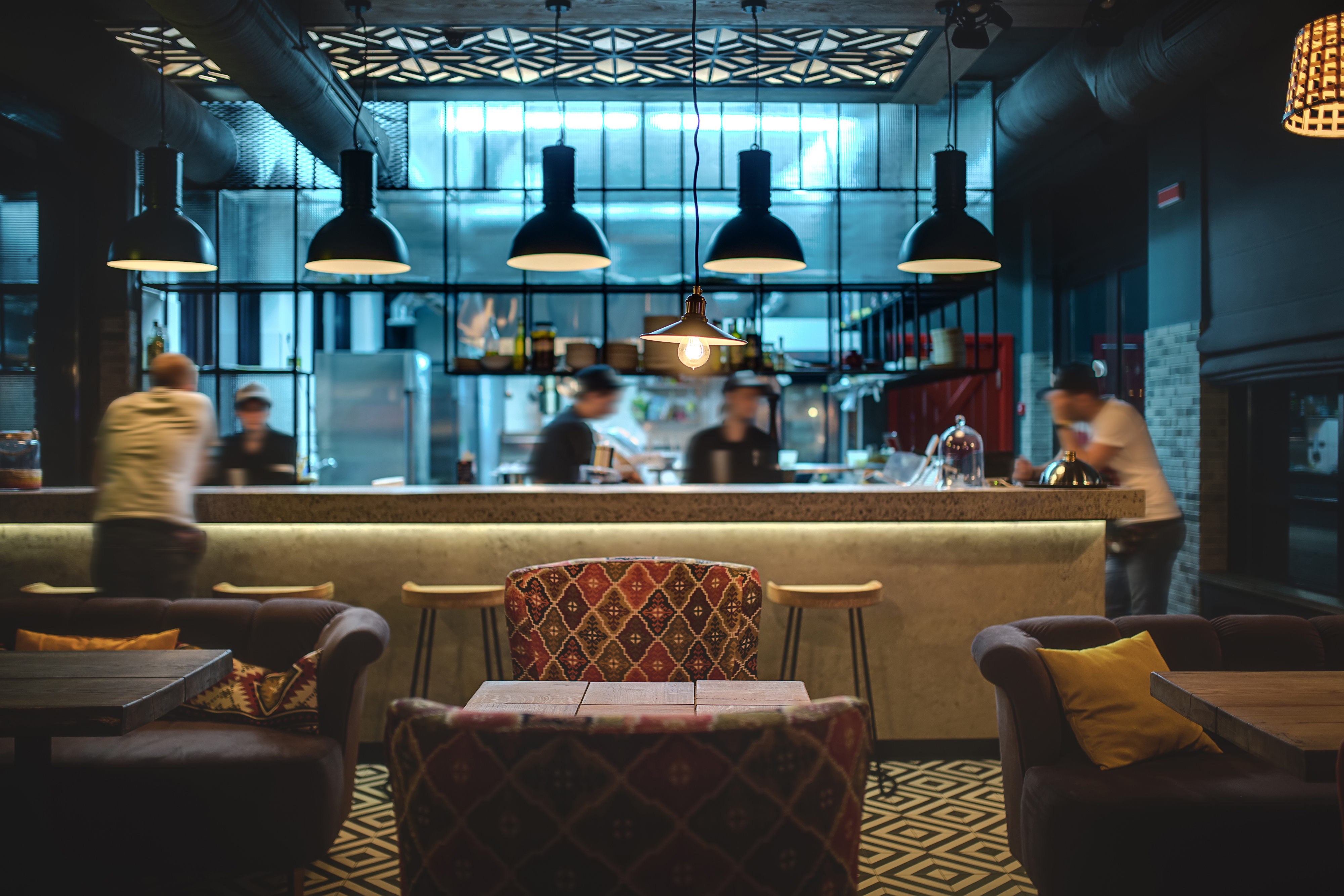 How to reboot your bar business