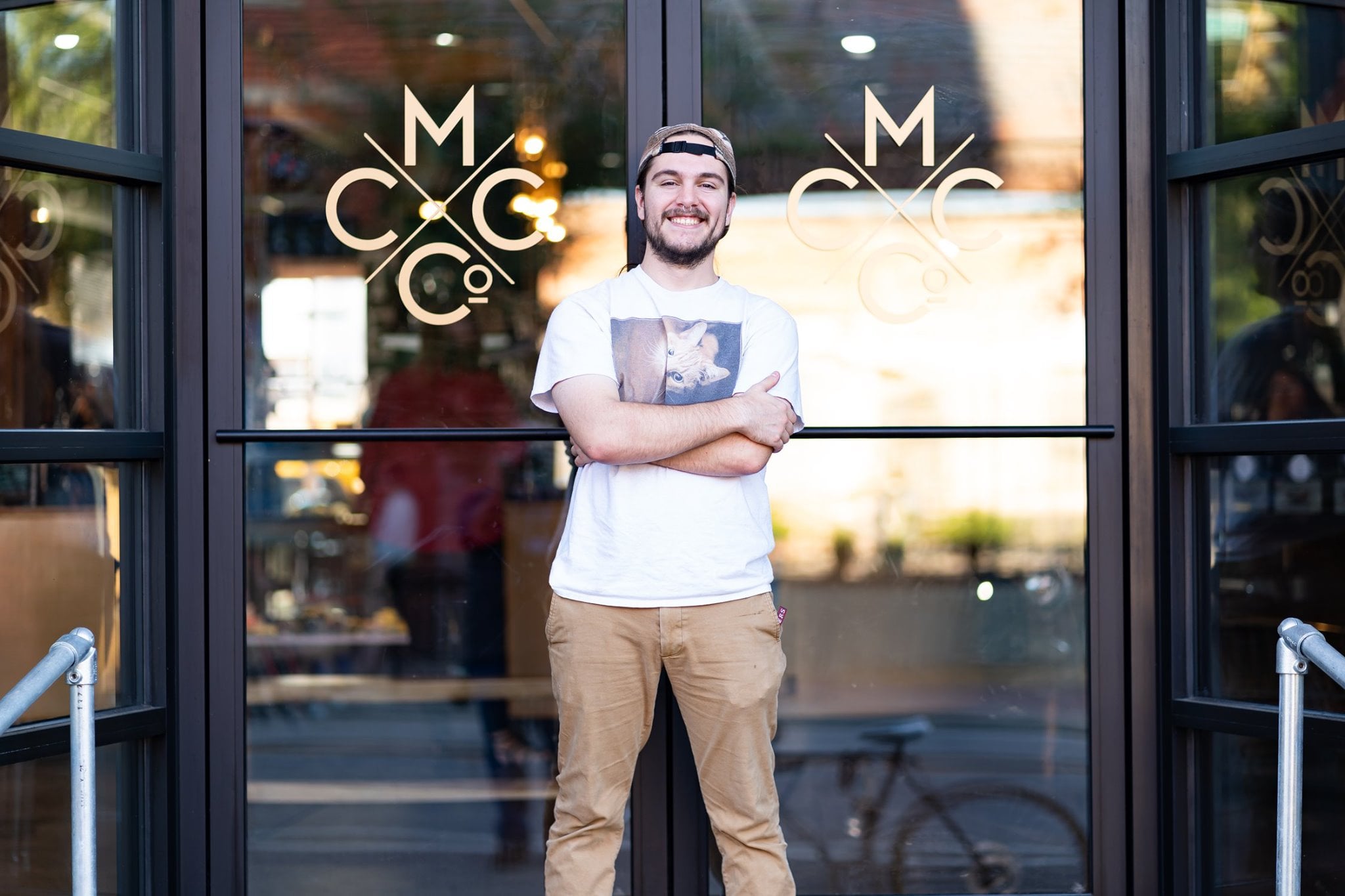 Mural City Coffee Company is named for its home in Dothan, Alabama, where wall-sized murals showcase the town’s history and residents. Like the murals, the company was founded to serve the local community. And it’s been a long road—the team transformed an abandoned 1923 building into a Main Street hub, taking on most of the leg work themselves..

“Dothan deserved to have a nice, wide-open space where people of all ages and backgrounds would be treated equally and allowed to simply be,” says Destiny Hosmer, Mural City’s Chief Business Development Officer.

Today, Mural City doesn’t cater just to the Dothan community but to customers across the country, thanks to a robust mail-order business that includes subscriptions. An omnichannel model allows Hosmer and team to bring their local story to a wider audience. Read on to learn how they pull it off.

Mural City started with a single family—the Swans—and has stayed small. Keeping their team of 10 happy and engaged with customers is Hosmer’s number one priority.

“A lot of what we’ve done to make the experience more seamless has been through ‘trimming the fat’ rather than adding more,” she says. They don’t work with third-party delivery apps or accept call-ahead orders. They don’t offer lunch or smoothies, or anything that might spread the baristas thin. Instead, staff members devote their full attention to customers as they pull shots and work the Chemex.

That’s because Hosmer would rather people sit and stay a while than champion “product on demand.” The same ethos extends to mail-order and wholesale accounts. Mural City is laser-focused on getting top-quality coffees and teas to people everywhere, without the middlemen.

Mural City offers coffee subscriptions for pickup and home delivery, which has been a successful way to introduce the brand to people far away. “It’s like having regulars, except instead of coming in for their coffee, they live in Texas and Virginia and we get to mail it to them—along with special extras and little gifts!” Hosmer says.

The team nurtures relationships with ecommerce customers just as they would with a cafe regular. Subscribers are like pen pals, Hosmer says, and wholesale is a different ball game entirely—one that’s essential to their business plans.

“Wholesale clients look to us for a quality product and advice on how to serve that product like we do, so it’s a really honest, fun, educational relationship,” she says. In sum: “Every type of relationship is important.”

Build community—and give back

By bringing a cafe to the historic downtown, Mural City hoped to attract more activity to the area, giving locals a place to gather, work, and play. “We meet a lot of fun and downright interesting people in this business, and building relationships with those people is part of the goal,” says Hosmer. “We always joke about how we double as therapists.”

That means they’re constantly thinking of ways to engage customers with the brand. At the Test Counter, baristas invent new, creative drinks for guests to try. They host a monthly singer-songwriter circle and feature local art on the cafe walls. They partner with local businesses for special events, including plant nurseries and candle makers.

By going the extra mile for staff, guests, and community, Mural City creates a virtuous cycle. Hosmer says. “Put good out into the world and people will put good right back in.”